Yixing clay comes in three distinctive colours: purple (which is a reddish brown), green (olive to sandy) and red soil (which has more of an orange tone). A wide spectrum of colours ranging from pale ocher to umber, maroon, royal blue and sienna to a matt black, is achieved by using different firing temperatures ranging from 200 - 1000�C . Only a Yixing master knows which temperature is best for which clay.

The manufacturing process for porcelain, as it is known today, was developed in China around 620 CE. The materials and production methods were kept secret for a long time. In 1708, the process was discovered in Meissen, Germany, for a second time by the porcelain manufacturer Ehrenfried Walther von Tschirnhaus. Upon his death the process was developed further by Johann Friedrich B�ttger, who announced the invention of European porcelain in Dresden on March 28 1709. In 1710, the first European porcelain factory was founded on the Albrechtsburg in Meissen, which eventually achieved worldwide recognition.

Jingdezhen, the 'Porcelain Capital' (or Xinping, as it used to be called) belongs to the small province of Jianxi. It has some of the oldest porcelain kilns in China that date back to the Song, Yuan and Ming Dynasties. Porcelain has been produced here since the Han period (206 BCE – 220 CE).

Tokoname is one of the six oldest pottery-producing cities in Japan (the other five being: Echizen, Bizen, Seto, Tanba adn Shigaraki). In Tokoname, as in the other Japanese 'pottery towns"' age-old traditions are maintained. Numerous skills have been perfected by resident artists and continue being developed.

Japanese teapots from Tokoname are coveted for their beauty, elegance and functionality by tea lovers around the world and - as is the case with Chinese pottery from Yixing - are much sought after by collectors. Tokonames particularly ferrous clay has been used for more than 900 years to produce ceramics. Today artists use different kinds of clay from all over the country.

Cast iron teapots have a long tradition in Japan and are made in manufactories. They are all fitted wth a stainless steel strainer and enamelled on the inside. These beautiful objects are used by tea masters from all over the world.

In Japan, the art of using incense coincided with the advent of Buddhism and evolved into a very artistic and sophisticated culture, which initially spread from the temples and the imperial court to the houses of the nobility. Japanese incense is the epitome of a unique scent culture, representing harmony and well-being.

Tokoname, Echizen, Bizen, Seto, Tanba and Shigaraki are the oldest pottery-producing towns in Japan. All of them have kept their ancient pottery-making methods, which are developed and perfected by resident artists through the centuries.

Sometimes the coincidence make the handicraft more beautiful. Here you find Alexandres galery pieces in immaculate completion. All pieces are made on the korean way of traditional woodfiring.

Here you will find a selection of books, tea tables, tea caddies, tea utensils and much more.

Tea from around the World 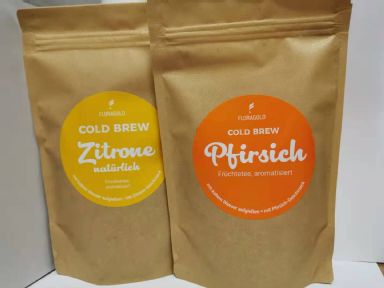 To the shopping cart